Digital Minimalism vs. TikTok – How Does it Impact Productivity & Life Quality? 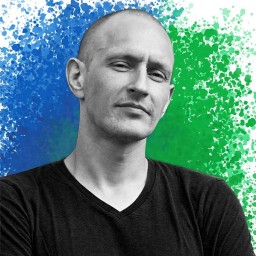 Social media apps like TikTok are in direct opposition to your freedom as an individual and your ability to achieve your goals.

If you've been following ikario content for a while, you'll agree that the above is a very "Shane thing" to say. I talk about the dangers of social media and the attention economy a lot.

To get a better sense of what's really going on in the heart of the attention economy, I decided to start using TikTok. I wanted to see if I'd get addicted to it (it is, after all, supposed to be one of the most addictive social media apps out there). And I wanted to find out how it would impact my mind, my productivity and my overall life quality.

My expectation was that TikTok would get its hooks into my brain very quickly. That I'd go from "first time using it" to "I can't put my phone down" within a day or two of using it. After all, that is what it's primarily designed to do. Every design choice in an app like TikTok comes down to one thing and one thing only: user engagement.

"User engagement" is the politically correct way to say "addiction inducing". The goal of an app like TikTok is get as many users as possible as addicted as possible. That is their metric of success.

In case this sounds like conspiracy talk to you, I kindly direct you to the Your Undivided Attention podcast.

For me, the reality of using TikTok was quite different. I had trouble finding anything on the platform that made me  want to stick around, let alone come back. In fact, I find it very easy to make fun of the app because there's just such a sheer amount of shallow nonsense on it. In a way, it is both worse and seemingly more harmless than I expected.

In other words, I don't get it. Whatever makes TikTok appealing to it's millions of users doesn't seem to work on me (or I have yet to discover it).

Maybe I'm just too old for this.

But I don't want to shrug it off as a silly app for youngsters and leave it at that. My perspective on TikTok is clearly that of an outsider - and I believe I can offer some valuable insight from this vantage point.

There are definitely positive sides to TikTok. It would be easy for me to just ridicule it and point out its many flaws, but instead, let me try to take a more balanced view.

The Bad Things About TikTok

The reason I did this self experiment in the first place was because I teach a productivity class and because of this, I see what people struggle with. I see how common it is for people to have goals and ambitions, but be unable to achieve them. And I see how often a core problem is a lack of focu and an abundance of distraction.

The average TikTok user spends almost an hour a day on the app. That's over 300 hours per year, spent looking at and swiping through what is at best light entertainment. Even if there were no other negative side effects to this, the opportunity cost of so much time lost is massive.

For me, the bottom line is this: TikTok may have good and bad things about it, but on balance, it is simply not worth using. Following Cal Newport's digital minimalism model, it's not enough to ask "are there benefits to using this app?"

Even if the answer is "yes", that's not reason enough to use an app. The right question to ask is: "are the benefits of using this app worth the costs of using it?"

And in the case of TikTok, I can't see how the answer to this question could be "yes". Certainly not for anyone who has life goals that go beyond being a social media consumer.