Shadow Work: How I Learned To Love My Dark Side & Get Along With Anyone 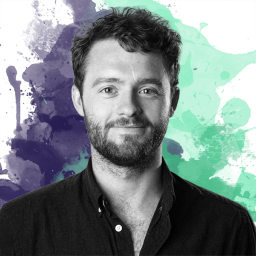 An idea can burrow into the depths of your psyche and lay dormant for years, waiting for the perfect moment to arise. When the time comes, it awakens and it's influence on your behavior is almost impossible to resist.

My counselling and psychotherapy tutor said it in passing to another student. It was one of those moments that makes you pause for a second. Nothing profound. Just a sudden vocal pin prick that caught me off guard. But unbeknownst to me, the medicine was administered. The serum was in.

But the full effect of this idea wouldn't be fully felt for another three years.

First I had to meander from place to place. Hostel to hostel. House-share to house-share. Drama to drama. Living so closely with other people, I would almost always find things about the people around me that I didn't like. Messiness, forgetfulness, shallowness. All sorts of irritations.

Eventually, I had enough of living with people. Too messy and confusing. Too fake and polite. Too close. Finally, after witnessing a psychotic breakdown at the hands of a screaming, blood-covered housemate, I made a pact to myself that I would never live with another person, unless I was sleeping with them.

I moved into my own place, and it was blissful. My minimalist leanings could be fully indulged, as could my near OCD standards of tidiness. I had peace and quiet. I had full autonomy over my surroundings and more importantly, nobody else was around to irritate me. 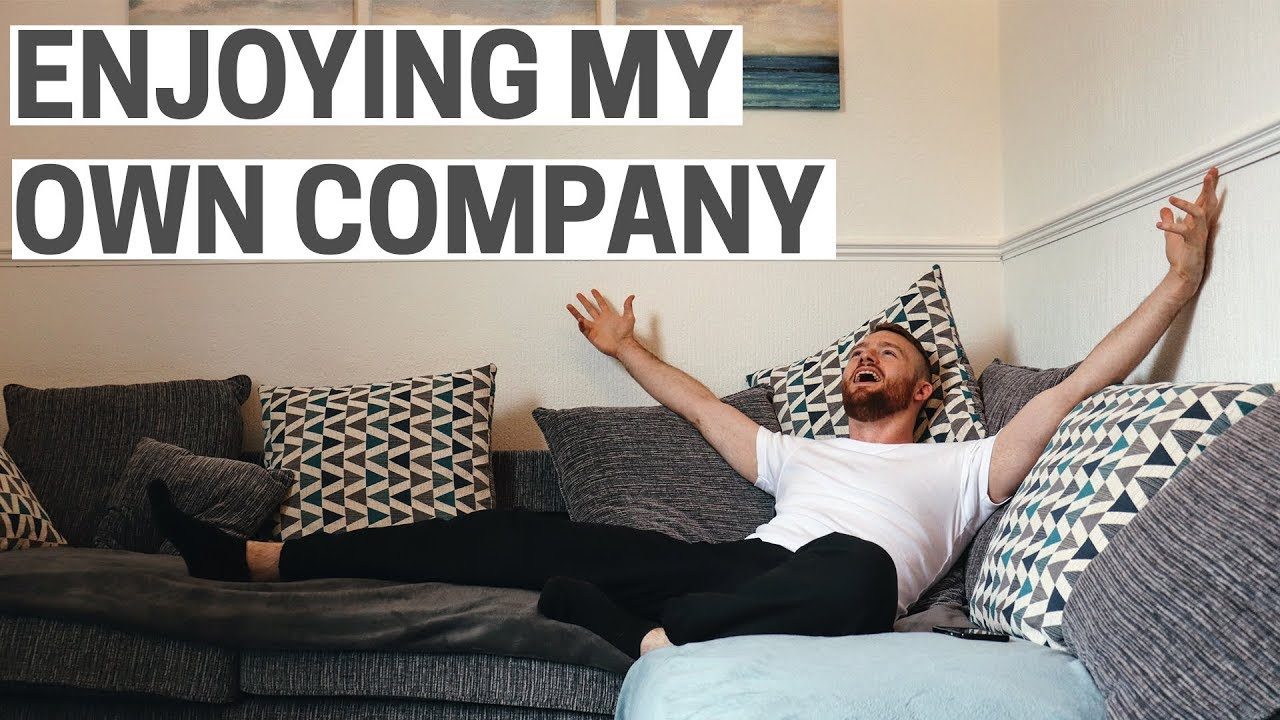 This was genuinely a thumbnail of one of my YouTube videos

But after a while, it got quiet. The solitude turned to isolation. I was the lonely king in my own castle. That's what happens when you build thicker walls and surround your territory with a moat and drawbridge. You make it safer for yourself but at a cost. You lock everyone out.

Soon, I received an opportunity to move to Lisbon to work on a new project. It was a pretty big deal for me. The biggest step in the direction of my ultimate career goals, by far.

But there was a catch.

Not only would I be living with others, I would be eating, exercising and working with them, too. Having someone over my apartment for longer than 90 minutes was a no-go, but now I'd be expected to spend every waking hour with people I've never met?

If there is a god, he must be a fucking comedian. But not to let a bad joke get in the way of a good opportunity, I took the job.

Living with others (again!)

Things went well in the beginning.

It was all new and fresh. Lisbon was a new start. There was now space between the present and the past where I could reinvent myself. That comedian god also threw me a bone. COVID-19 was kicking the shit out of the world so most of the team couldn't make it. I would only be living with one or two people initially. Thank god.

Around month three, it started.

Initially, it was just petty things. Messy plates. Dirty counter-tops. Clothes being left around the apartment. Standard stuff. But after a while, I started to notice something much more sinister brewing within me.

I started to dislike Ryan & Jonas, my flatmates. Judgmental thoughts slowly began to take over. In my mind, Jonas was an irresponsible, messy child and Ryan was a self-centred narcissist. I felt muted. It was unacceptable that I would think such horrible things about people.

Growing up in Britain meant that being even slightly impolite was a cardinal sin, so I kept quiet and tried to stuff it down.

There's a term in Catholic spirituality that describes a spiritual crisis. They call it the "dark night of the soul." It's a period of extreme existential and emotional angst that either brings you closer to God, or kills you.

That's what happened to me. I couldn't make sense of it, but it pulled me into a vortex of despair and depression. The more I tried to resist thinking these horrible things, the more I suffered.

Then, one day as I sat on my meditation cushion searching for answers, an idea awakened from within the depths of my unconscious mind. It spoke to me like a voice in my head. It said:

I opened my eyes. There was a pin prick feeling from the idea. The same feeling I had when I first heard it years before, but this time I felt a surge of energy that rose me to my feet.

In that moment, I knew something. I didn't know how I knew it, but I knew.

It wasn't Ryan's selfishness or Jonas' messiness that I was emotionally reacting to, it was my own. These men were reflecting to me things that I hated about myself and couldn't accept.

In psychology, they call this Projection. It's a defense mechanism where the ego defends itself against unconscious impulses or qualities by denying their existence & attributing them to others.

Other people are mirrors. They show us who we are. Both the ugliness and the beauty. I had always resisted being this close to people.

Maybe because I didn't like what I saw in my own reflection. 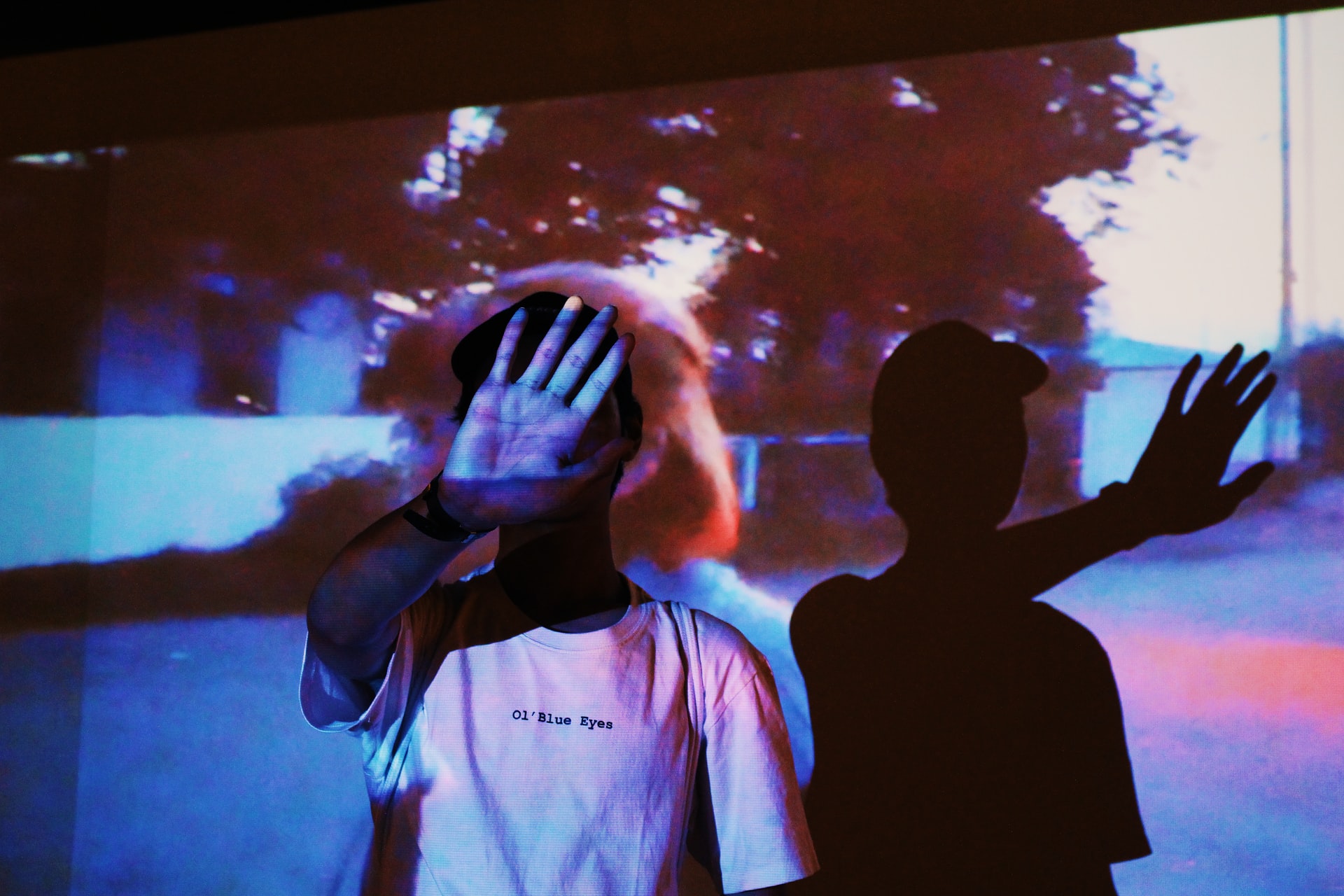 A part of me wanted me to go back to my apartment. Lock everyone out again. Judge. Condemn. Blame. But I had changed. I didn't want to be a miserable, lonely person.

I wanted to be a beaming beacon of truth and love that doesn't run from his demons, but befriend and trains them.

So I didn't run. I did the opposite.

I wrote down all of the qualities that I seemingly hated about Jonas and Ryan. I dug out those same things one by one and looked at them, unflinchingly.

Then I worked on accepting it all. The selfishness. The messiness. The imperfection. Everything. Rather than being evidence that I am uniquely screwed up, I began to see these imperfections as proof that I'm human.

And so are Ryan and Jonas.

It took some time and consistent energy. I had to keep reminding myself that whenever I would get triggered by something, it was a calling to accept myself. Accepting my capacity for selfishness and irresponsibility was initially challenging, but over time it became easier.

As I developed & cultivated a sense of compassion towards myself, the strong emotional reactions to these men drastically reduced over the course of a couple of months.

Now, I can safely say that living with others is great.

It doesn't mean that the place is tidy all of the time. It doesn't mean things are perfect. It just means that through coming to terms with the imperfect stuff within me, I'm a little more at peace.

And I never thought I would say this, but I probably wouldn't live alone again.

Ollie is an avid pizza connoisseur, accomplished drinker of coffee and lover of soul music. Heavily influenced by Zen & eastern mysticism, his curiosity regarding the human experience is insatiable. Despite having a strong vocabulary, he swears a lot and uses slang phrases ("ollie-isms") that almost nobody understands, not even himself.

A Heroic Green Smoothie in 13 Easy To Follow Steps