Is Inspiration Killing Your Project? 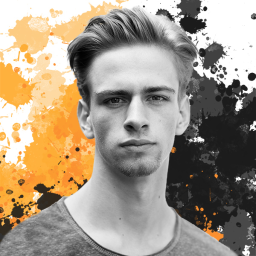 In this video I will reveal the biggest enemy of my creative life since my very early beginnings. This treacherous trap exists because it is so closely intertwined with the desirability of its positive effects. It will lure you in with its beauty like a siren and then crush your project mercilessly until you can see it drift slowly away from you into the dark realm of unrealized potentials.

Now if this terrified you: Good. Because usually we fall for it because it doesn't.

In this video up here I will reveal how the trap works and I will give you 9 solutions how to overcome it.

But to make this article worth reading, I added at 10th solution and some Notes on How to choose your projects considering the Scope Control Issue.

You may find the more detailed explanation for each rule in the video (they are time stemmed).

Thank god for industry standards. But standards can only be held up by people. And in order to hold them up somebody must know and follow them. And the best thing about that is: You can actually talk to those people who know.

What I am getting at is that most older or generally more experienced professionals in most creative industries don't have a problem with sharing their knowledge. They are not only kind and useful for helping you learn (mentoring relationships are awesome) but they can also usually help you along when you explain to them the problem that you are having.

Not only will explaining the problem sometimes resolve it but they can also help you with a rich experience of things that went right and wrong after certain risks.

(Remember: It is not who you know, but who would want to know you. So if its not your renown or skill level, they usually wanna see some passion, dedication and hard work so that they feel like helping you out.)

In this sense then, you might be able to deal with the projects that you have right now. But it is mainly a problem that can be fixed when choosing a project. So here some notes on it.

The further you go into uncharted territory you know nothing about, the easier you can get yourself in troubles because you don't know when you are taking a risk. If I make a movie which normally costs 30 Million to make but I think I can do it for less but its also my first movie: Clearly, I might not be a genius of entrepreneurship but there might be something I don't know and this goes all the way into detail of: I have never used this software before, I have never used this camera-rig before, I have never tried building the front end of a funnel.

Like with many things we need to strike a balance between staying safe and still going out there.

I have been polarizing my opinion for a while by attempting to make an overly ambitious fantasy movie. Needless to say - I lost much money and time (although I have gained many worth while experiences) - yet I can't recommend that.

On the other hand always sticking with what you already know and can do doesn't move you forward and over time removes a sense of wonder and exploration (many professionals in the German film industry suffer from it - one of the reasons why I wanted to do the opposite).

Turns out as so often, the balance is the key. There is a great chapter in "Good Strategy, Bad Strategy" by Richard Rumelt on Proximate Objectives:

Proximate Objectives: When Kennedy announced that America would go to the moon, everybody thought it was a huge move and it became a history book example of visionary leadership. What nobody considered was that landing on the moon was a proximate objective: They had already sent crafts into space, they had everything ready to sent rovers to the moon anyways and the technology seemed ready for life supporting systems that were needed to make the leap. JFK made sure of it. Thus it was an objective which was just outside of the attained but close enough to understand it's risk.

I have seen the same patterns play out in the film-making industry - a recent example is the Star Wars "Mandalorian" LED Wall Set. It seems outlandish to even attempt it (build a virtual environment and have it be displayed on huge screens surrounding the set), but it has arrived at the edge collective competence of the industry due to realtime rendering which made Parallax possible so trying it for a season of the show was not an unknown, untested and unmanaged risk.

I guess what I am saying with this is: Do something that makes you a little nervous. It will excite you and the people receiving what you do - but make sure beforehand that you have everything you need to deliver as much as possible. Taking on a project in this regard can be the greatest risk within that project.

Thank you for reading, now go out there and finish what you started or start something awesome! Much success!

Hi, I am Jonas. I am a filmmaker. I think that about sums up who I am.